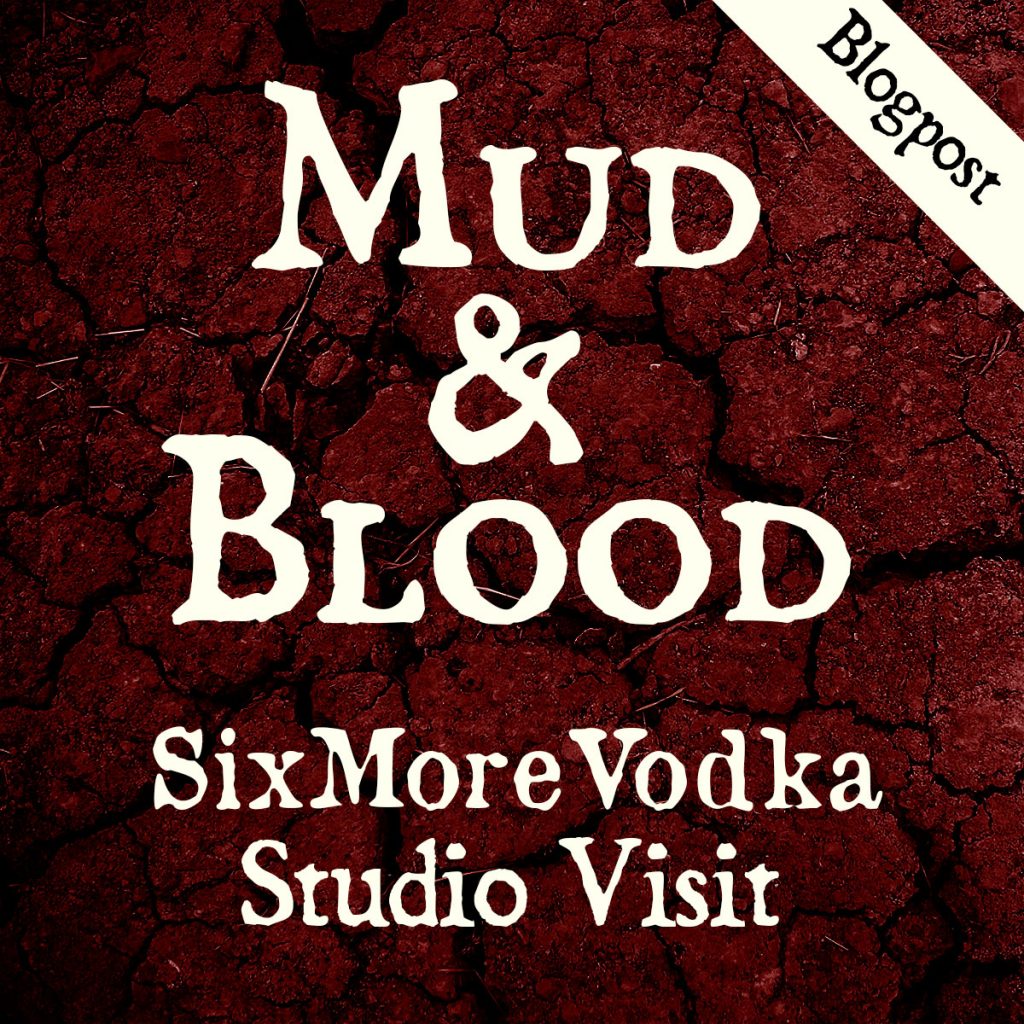 In July, I visited the Berlin studio of SixMoreVodka (SMV). I had been invited there to collect some review copies of their beautiful Tabletop RPG – Degenesis Rebirth (shortened to just Degenesis for the rest of this post) – a two-volume post-apocalyptic Tabletop RPG (TTRPG) in a white slipcase with minimalist white covers. This week we’ve also interviewed the Community Manager for Degenesis, Erwan Roudaut (link), and we will be reviewing the book in next week’s podcast episode (here’s the link, when it goes live). 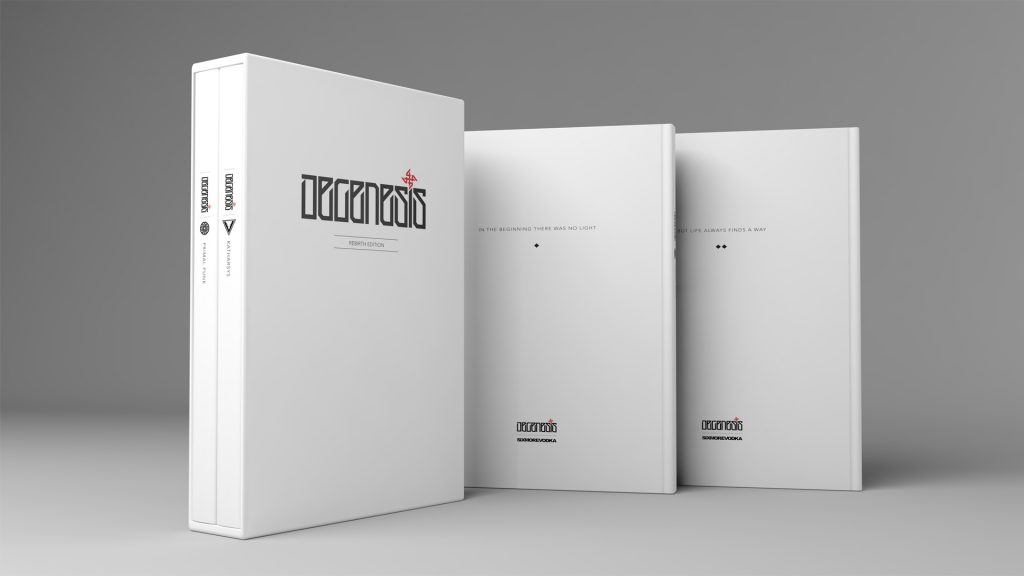 Their studio in central Berlin is very stunning and the sort of space you would expect from a modern art studio, with a big open plan area for the artists to work in, plus multiple rooms to chill out in, games consoles and a kitchen. 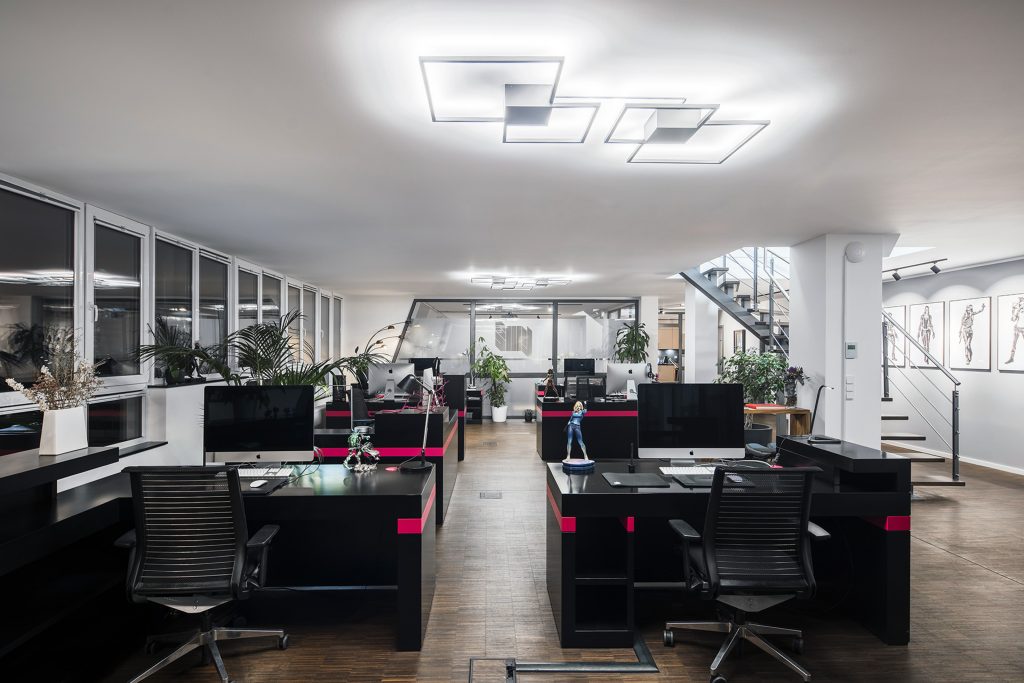 The open-plan area where all the art happens 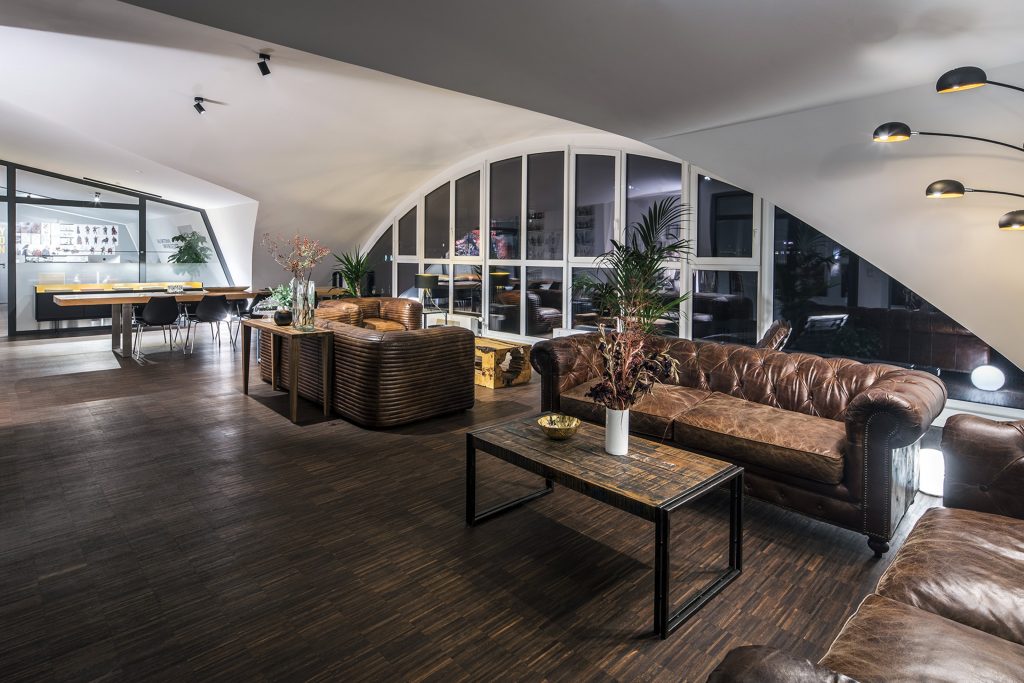 One of the chill-out rooms

On hand to show me around and answer some of my questions was Senior Producer Seb Downie and Artist Chris Kintner. Seb is half-British, half-German and Chris is a Californian – these two help highlight the unique feel of this studio, that of a hugely international group of people, all of whom are extremely talented artists (as we’ll see soon). And despite being based in Berlin, the working language in the company is English. 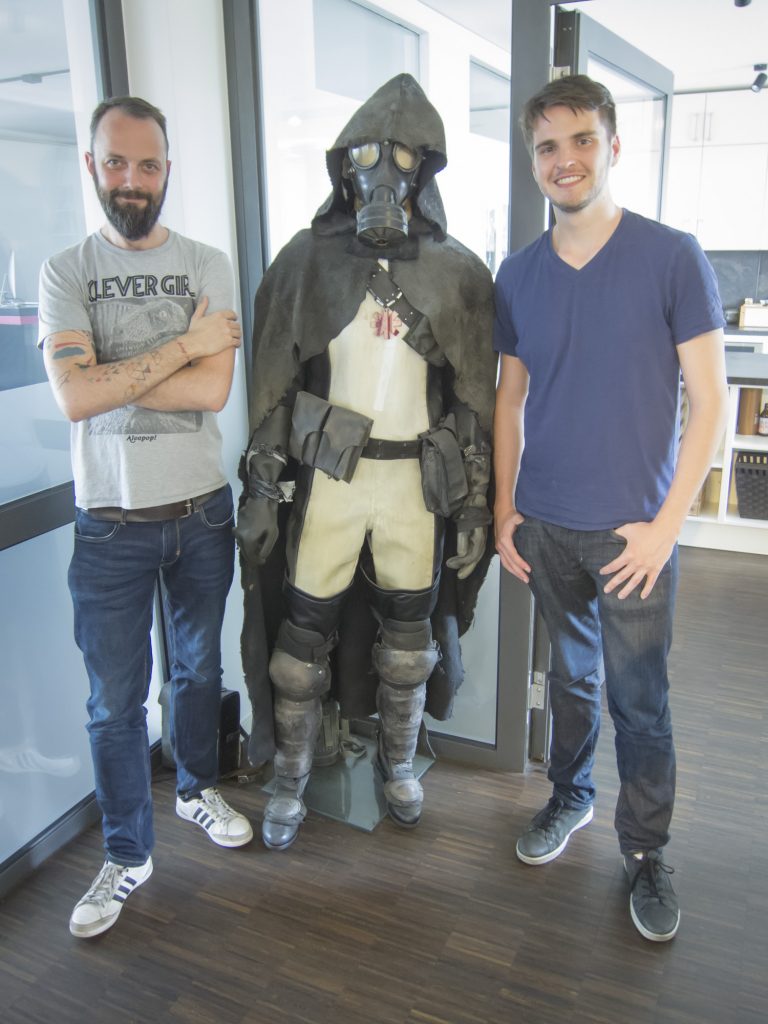 (from left) Seb, a Spitalian, Chris

A Brief History of Degenesis

After discussing our podcast with Seb for a bit, one of the things that Seb was keen to stress about Degenesis is it’s original intent. But to understand this, it’s probably more important to step back a moment and look at how and where SMV make their money… as an outsourcing art studio. SMV produces a ton of concept and in-game art for their (mainly video game) clients, but due to how many of these contracts are written, they are unable to share much of this artwork.

And their artwork is stunning – in fact SMV Studio Head Marko Djurdjevic used to work for Marvel, and the studio has 2 picture frames hanging proudly to showcase some of the many comic covers he’s done. 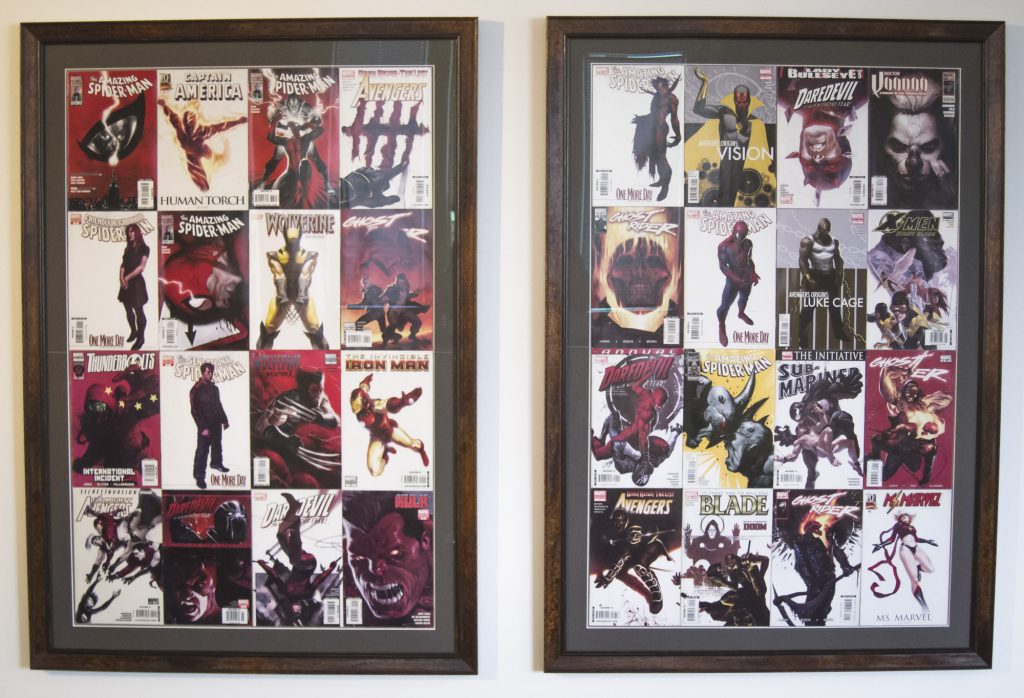 some of Marko’s Marvel covers

In fact, this is where Degenesis comes in. Marko produced the 1st edition of Degenesis back in 2003 with friend Christian Günther. After releasing it, they moved on with their lives and more or less abandoned the game. About a decade later, they stumbled across the old forums for the game and discovered the game still had an active following. Encouraged by this small core fanbase, they returned to the game in 2014, intent on producing a new edition with improved art, layout and mechanics.

However, one of the real drivers behind this updated version was to provide a public portfolio of the work that SMV is capable of. The result? One of the most stunning roleplaying games ever produced. And reading the Degenesis books as PDFs on a phone or tablet doesn’t do them justice – these books are designed with a 2-page spread in mind, and are best viewed in such a manner. The physical books are likewise made to a very high standard, with thick premium paper, a ribbon in each book and an oversewn binding. 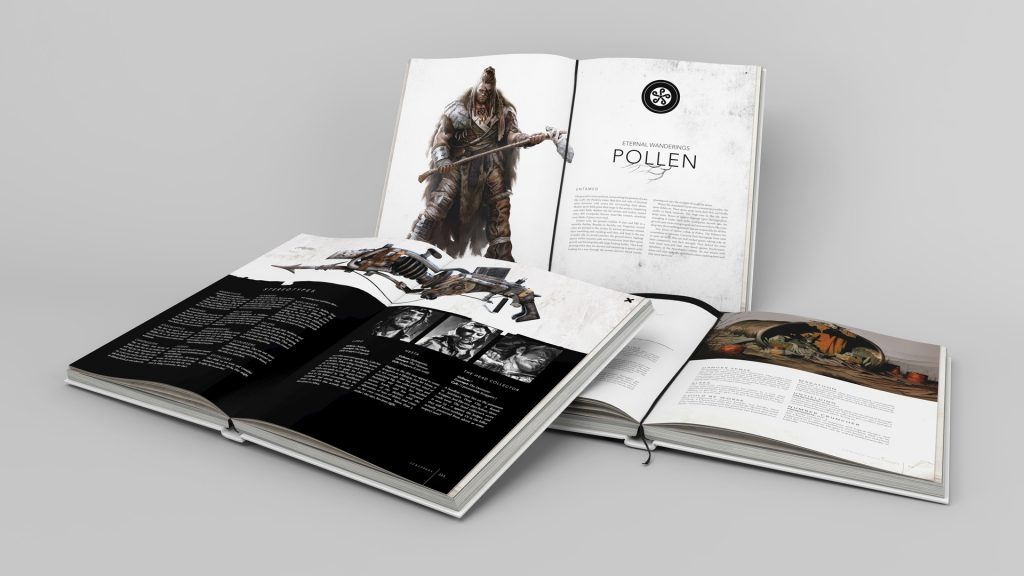 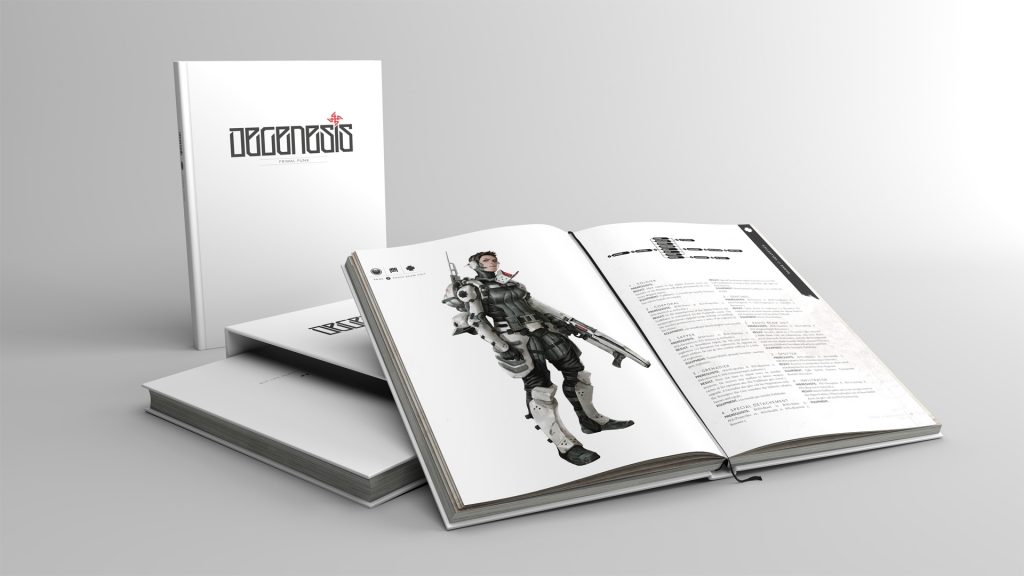 Full page artwork is found throughout the book

The World of Degenesis

OK, so let’s dip briefly into into the setting itself. To start off, it’s probably best to view the two live-action trailers which SMV produced. Both of these feature the Spitalian cult which are a prominent force in the setting. Here they are embedded for convenience – click on the images below to be taken to the videos on YouTube. 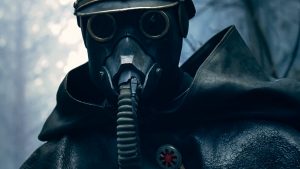 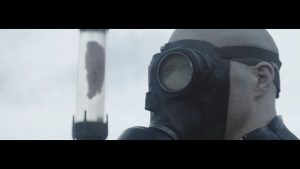 If you want to find out more about the setting, let me point you once again to this week’s interview (here), where we talk about the setting in a lot of detail, rather than retread the same ground.

One thing I would like to mention though, are the setting influences. When I asked about this, Seb described the setting as “Dune and Conan on the set of Mad Max” – which I find quite fitting.

It is also a very mature setting. There is violence, brutality and full-frontal nudity throughout their books. Be warned, this is not a book you want sitting on your coffee table when your mother-in-law comes round for a visit!

Another big thing we wanted to speak to SMV about was Degenesis’s design philosophies, and the response from Seb really got me excited…

First and foremost, Degenesis is all about moral quandaries, and putting players into moral conundrums – this is what the published adventures are all about. Personally, this is exactly the sort of stories we love to explore here at Mud & Blood, so it was exciting to hear this being addressed first.

Secondly, art direction is a big factor. Despite having multiple artists working on the books, Marko is very keen to ensure that there is a collective vision and style throughout the book. This results in the artwork being of extremely high quality, necessary when this game is also being used as the portfolio of SMV’s artistic capabilities.

OK, I’ve kept it back for long enough, let me end this blogpost by showing you some choice pieces of art from the books. Enjoy! 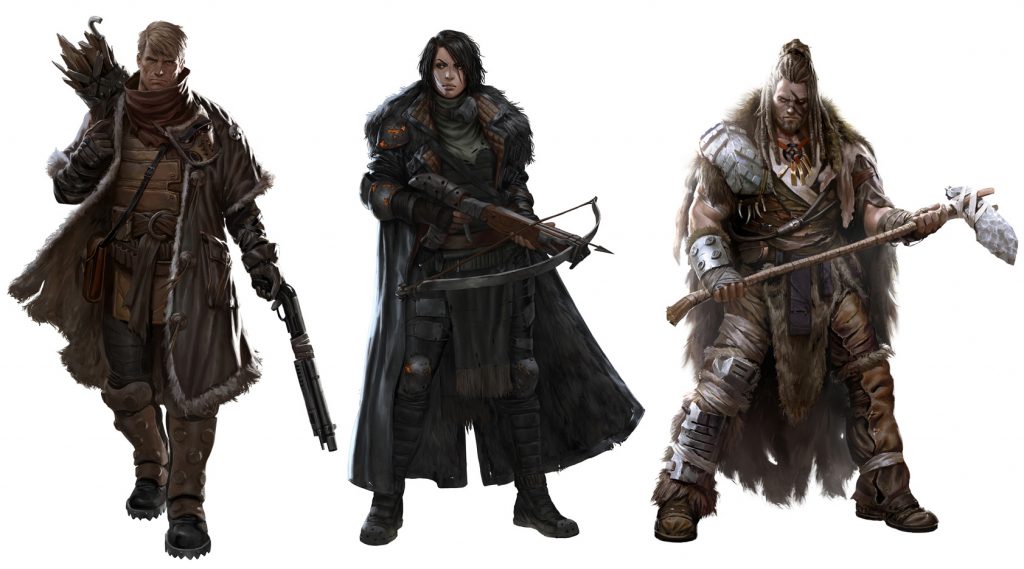 A local Spitalian patrol, always there to keep your family safe from Sepsis! 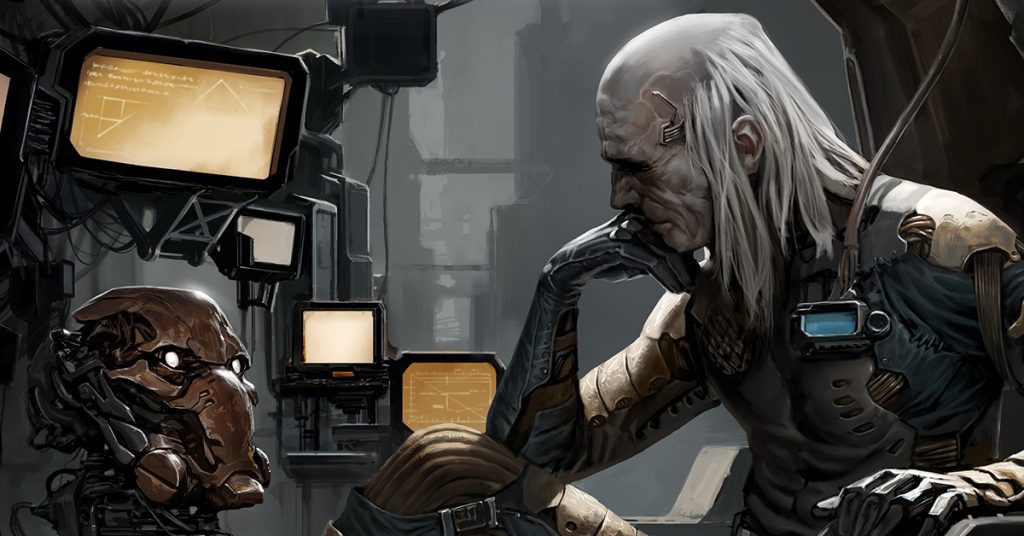 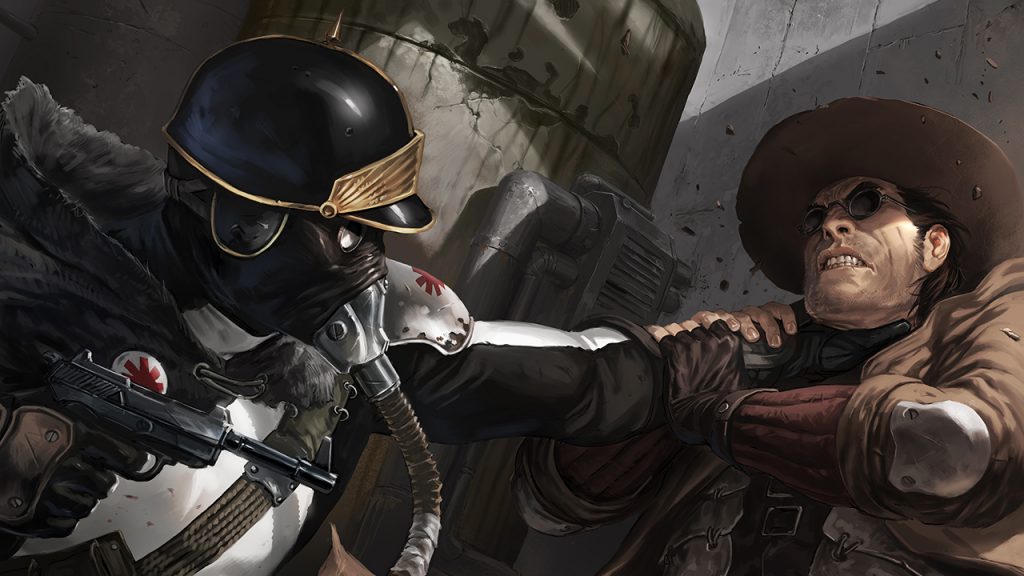 A Judge and Spitalian having a minor philosophical disagreement 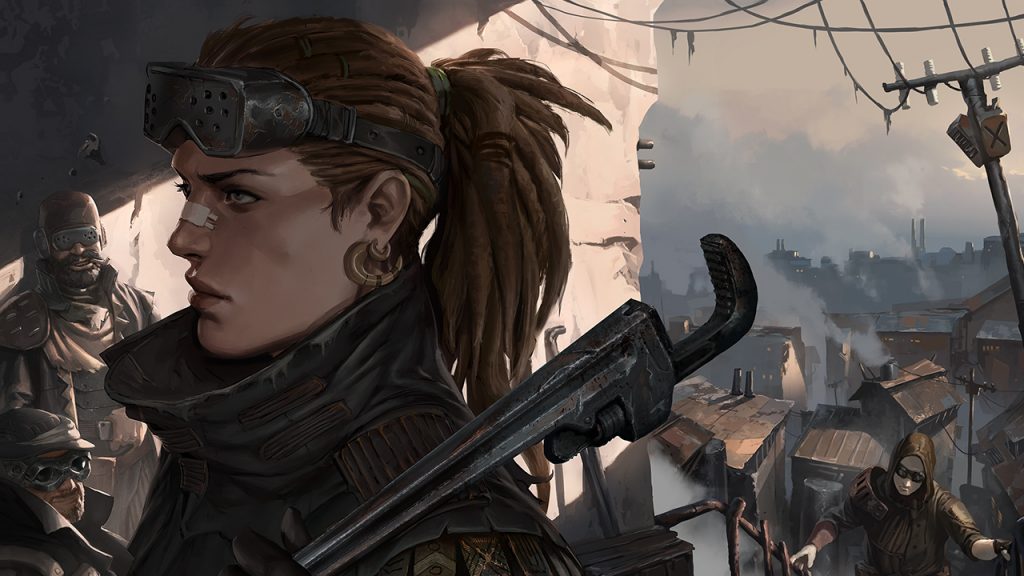 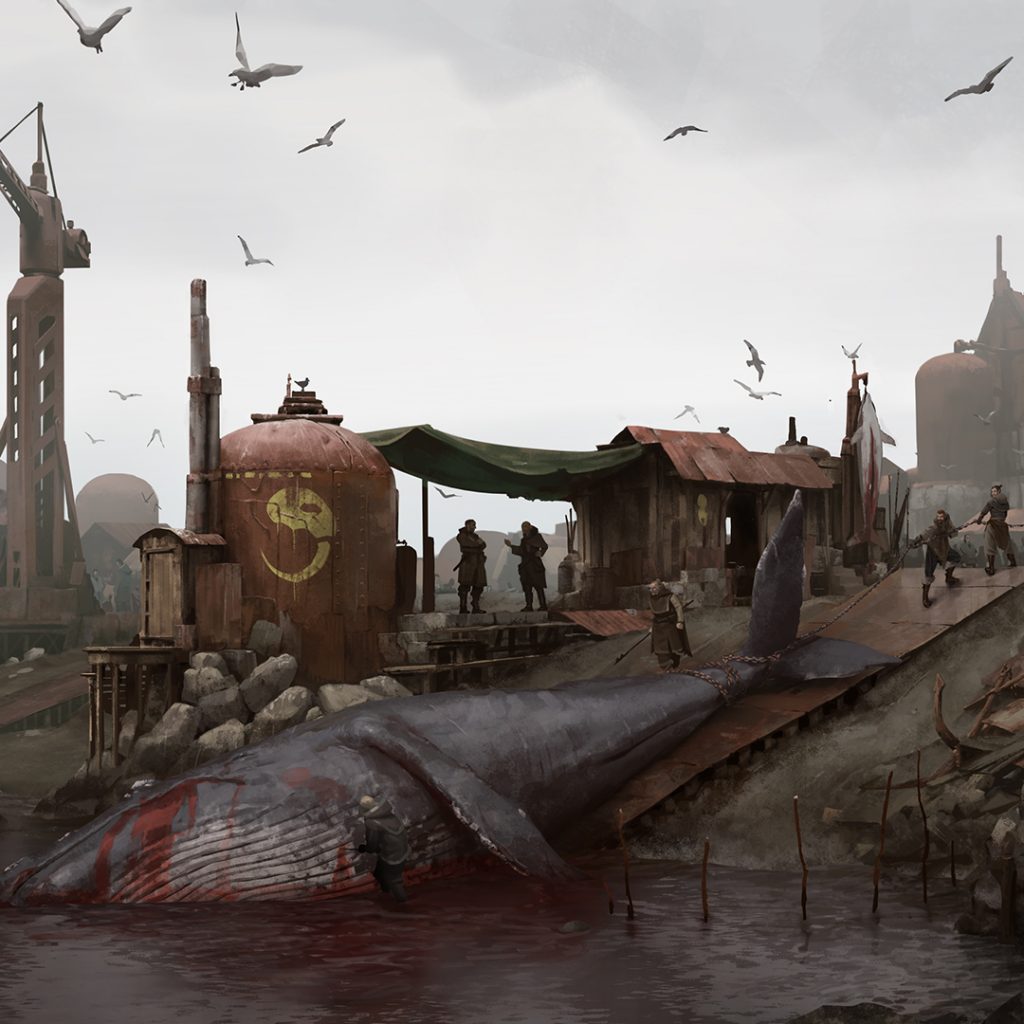 Attempting to rescue a beached whale from some particularly savage gulls 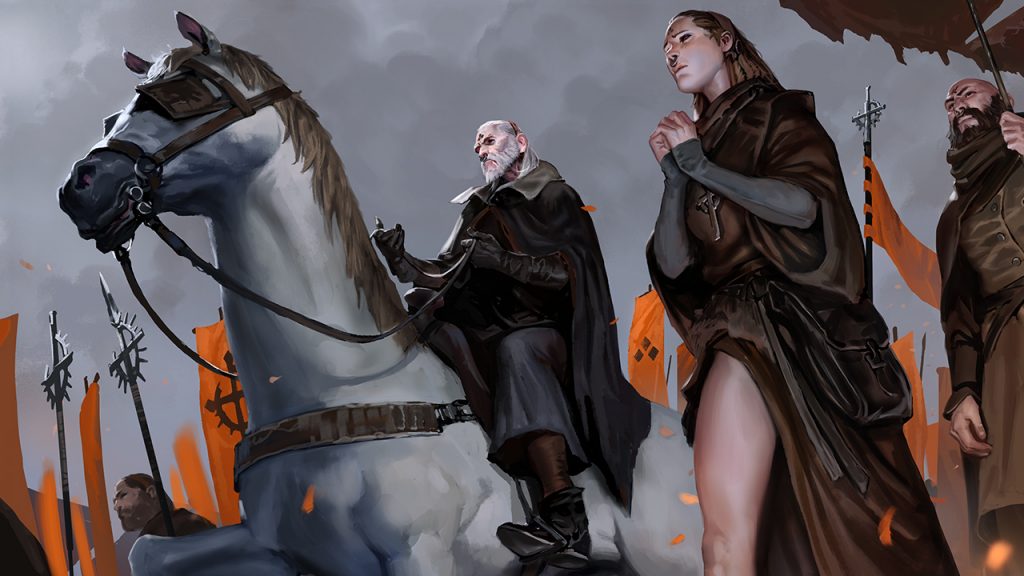 Some friendly Anabaptists en route to your home with a message of hope, like post-Apocalyptic Jehovah’s Witnesses